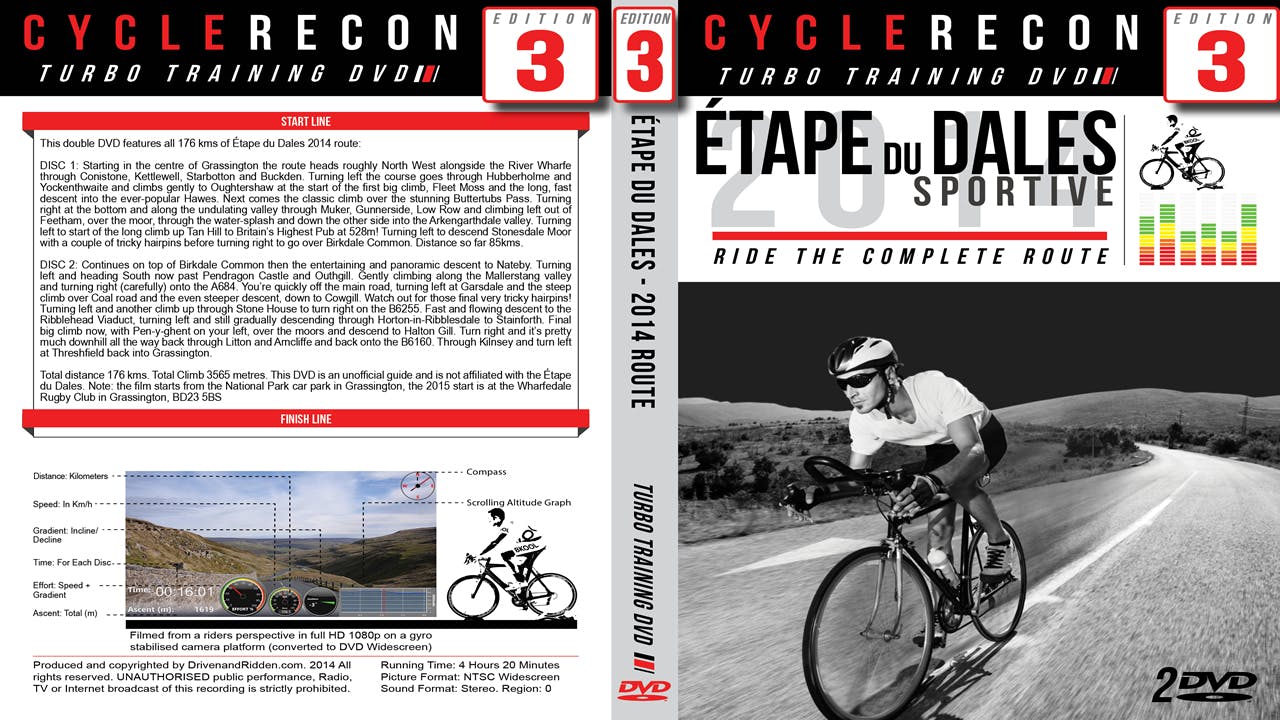 Part 1: Starting in the centre of Grassington the route heads roughly North West alongside the River Wharfe through Conistone, Kettlewell, Starbotton and Buckden. Turning left the course goes through Hubberholme and Yockenthwaite and climbs gently to Oughtershaw at the start of the first big climb, Fleet Moss and the long, fast descent into the ever-popular Hawes. Next comes the classic climb over the stunning Buttertubs Pass. Turning right at the bottom and along the undulating valley through Muker, Gunnerside, Low Row and climbing left out of Feetham, over the moor, through the water-splash and down the other side into the Arkengarthdale valley. Turning left to start of the long climb up Tan Hill to Britain’s Highest Pub at 528m! Turning left to descend Stonesdale Moor with a couple of tricky hairpins before turning right to go over Birkdale Common. Distance so far 85kms.

Part 2: Continues on top of Birkdale Common then the entertaining and panoramic descent to Nateby. Turning left and heading South now past Pendragon Castle and Outhgill. Gently climbing along the Mallerstang valley and turning right (carefully) onto the A684. You’re quickly off the main road, turning left at Garsdale and the steep climb over Coal road and the even steeper descent, down to Cowgill. Watch out for those final very tricky hairpins! Turning left and another climb up through Stone House to turn right on the B6255. Fast and flowing descent to the Ribblehead Viaduct, turning left and still gradually descending through Horton-in-Ribblesdale to Stainforth. Final big climb now, with Pen-y-ghent on your left, over the moors and descend to Halton Gill. Turn right and it’s pretty much downhill all the way back through Litton and Arncliffe and back onto the B6160. Through Kilnsey and turn left at Threshfield back into Grassington.

Running Time: 4 Hours 20 Minutes. Total distance 176 kms. Total Climb 3565 metres. This film is an unofficial guide and is not affiliated with the Étape du Dales. Note: the film starts from the National Park car park in Grassington, the 2015 start is at the Wharfedale Rugby Club in Grassington, BD23 5BS