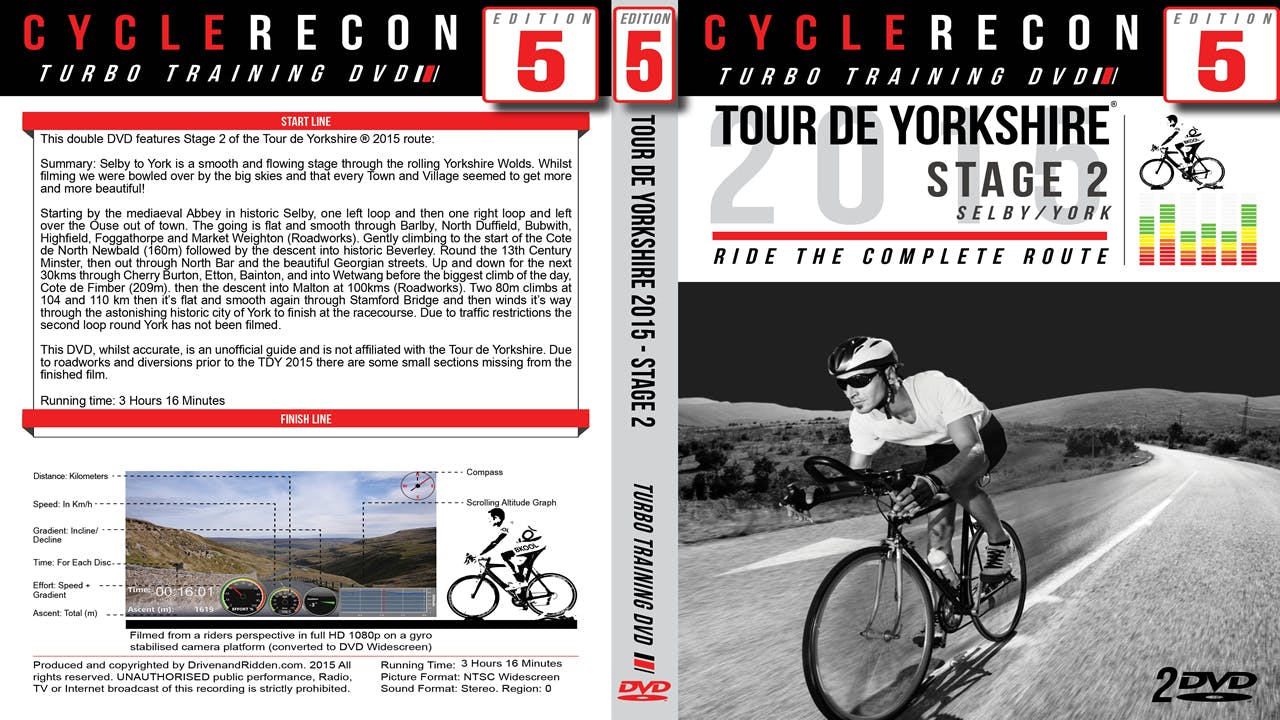 This film features Stage 2 of the Tour de Yorkshire ® 2015 route:

Summary: Selby to York is a smooth and flowing stage through the rolling Yorkshire Wolds. Whilst filming we were bowled over by the big skies and that every Town and Village seemed to get more and more beautiful!

Starting by the mediaeval Abbey in historic Selby, one left loop and then one right loop and left over the Ouse out of town. The going is flat and smooth through Barlby, North Duffield, Bubwith, Highfield, Foggathorpe and Market Weighton (Roadworks). Gently climbing to the start of the Cote de North Newbald (160m) followed by the descent into historic Beverley. Round the 13th Century Minster, then out through North Bar and the beautiful Georgian streets. Up and down for the next 30kms through Cherry Burton, Etton, Bainton, and into Wetwang before the biggest climb of the day, Cote de Fimber (209m). then the descent into Malton at 100kms (Roadworks). Two 80m climbs at 104 and 110 km then it's flat and smooth again through Stamford Bridge and then winds it's way through the astonishing historic city of York to finish at the racecourse. Due to traffic restrictions the second loop round York has not been filmed.

This film, whilst accurate, is an unofficial guide and is not affiliated with the Tour de Yorkshire. Due to roadworks and diversions prior to the TDY 2015 there are some small sections missing from the finished film.