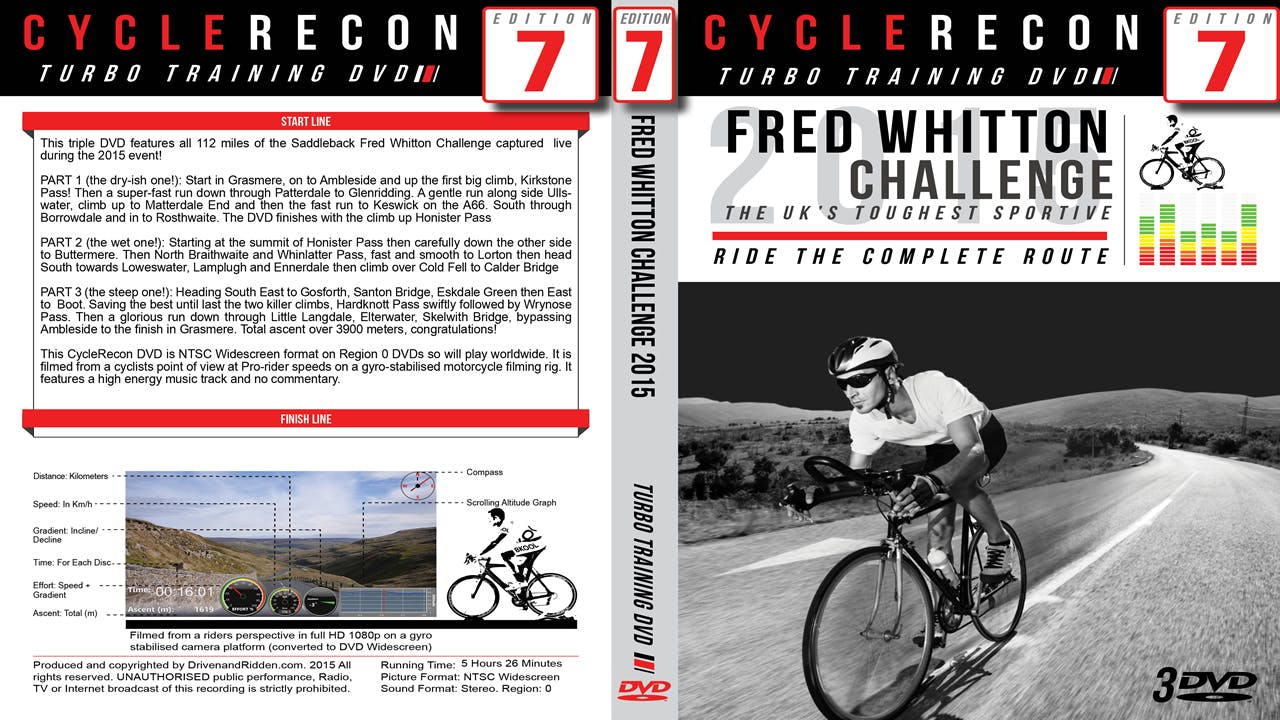 Over 5 hours of Britains steepest climbs and best scenery, filmed live during the 2015 event, featuring many of the riders and all of the route!

This triple DVD features all 112 miles of the Saddleback Fred Whitton Challenge captured live during the 2015 event on May 10th.

PART 1 (the dry-ish one!): Start in Grasmere, on to Ambleside and up the first big climb, Kirkstone Pass! Then a super-fast run down through Patterdale to Glenridding. A gentle run along side Ullswater, climb up to Matterdale End and then the fast run to Keswick on the A66. South through Borrowdale and in to Rosthwaite. The DVD finishes with the climb up Honister Pass

PART 2 (the wet one!): Starting at the summit of Honister Pass then carefully down the other side to Buttermere. Then North Braithwaite and Whinlatter Pass, fast and smooth to Lorton then head South towards Loweswater, Lamplugh and Ennerdale then climb over Cold Fell to Calder Bridge

PART 3 (the steep one!): Heading South East to Gosforth, Santon Bridge, Eskdale Green then East to Boot. Saving the best until last the two killer climbs, Hardknott Pass swiftly followed by Wrynose Pass. Then a glorious run down through Little Langdale, Elterwater, Skelwith Bridge, bypassing Ambleside to the finish in Grasmere. Total ascent over 3900 meters, congratulations!