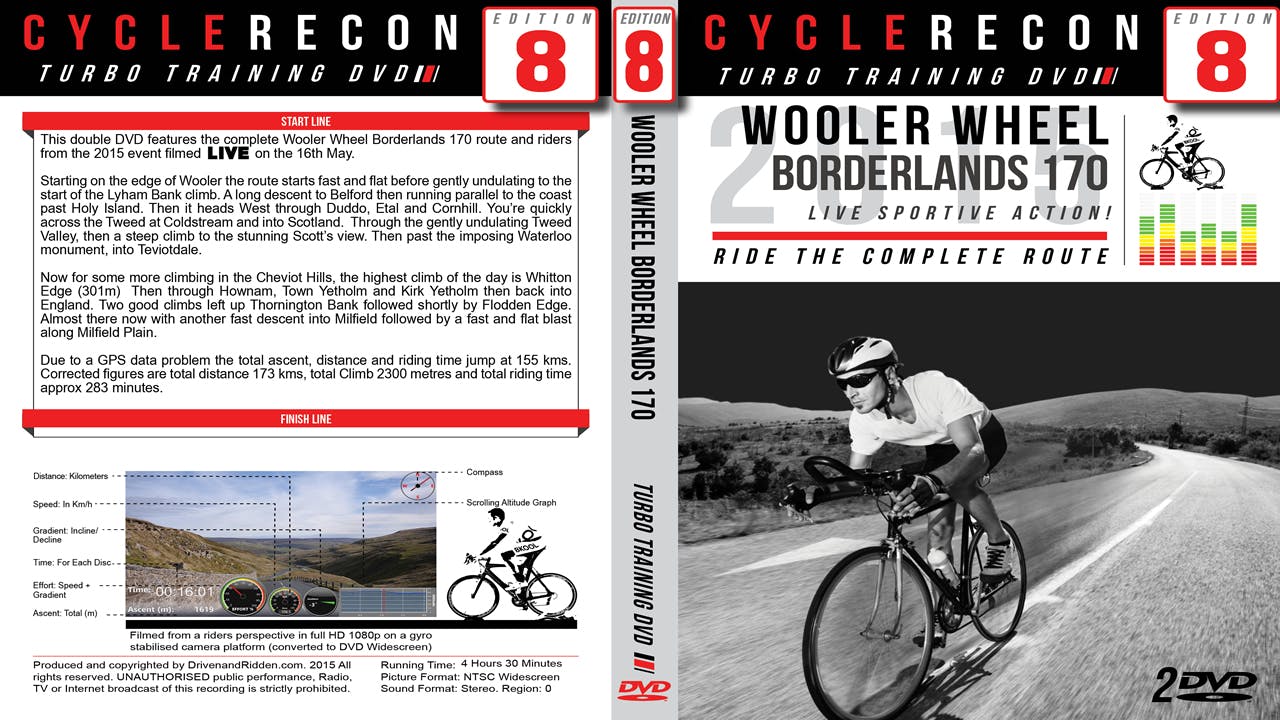 This 2 part film features the complete Wooler Wheel Borderlands 170 route and most riders from the 2015 event filmed LIVE on the 16th May.

Starting on the edge of Wooler the route starts fast and flat before gently undulating to the start of the Lyham Bank climb. A long descent to Belford then running parallel to the coast past Holy Island. Then it heads West through Duddo, Etal and Cornhill. You’re quickly across the Tweed at Coldstream and into Scotland. Through the gently undulating Tweed Valley, then a steep climb to the stunning Scott’s view. Then past the imposing Waterloo monument, into Teviotdale.

Now for some more climbing in the Cheviot Hills, the highest climb of the day is Whitton Edge (301m) Then through Hownam, Town Yetholm and Kirk Yetholm then back into England. Two good climbs left up Thornington Bank followed shortly by Flodden Edge. Almost there now with another fast descent into Milfield followed by a fast and flat blast along Milfield Plain.

There was a small amount of rain on this event and there is rain on the lense for part of the film.

All CycleRecon films are HD Widescreen filmed from Cyclists point of view at Pro-Cycle-rider speeds on a gyro-stabilised camera gimbal mounted to a specialised motorcycle filming rig. They feature a high energy music track and no commentary.